“And now we welcome the new year, full of things that have never been”―Rainer Maria Rilke (1875-1926), a  Bohemian–Austrian poet and novelist.

I must confess after publishing my last blog post on December 29, 2018, on this blog on the topic of New Year’s resolutions titled, “Journey into a New Year,” that I didn’t make any New Year’s resolutions this year. Well, maybe I did make one. I decided it was time to leave the past in the past (especially the past decade) and start fresh and new with the beginning of another new year.

Appropriately, the first book of this new year that I decided to read is “Becoming” (2018), by Michelle Obama, lawyer, university administrator, writer, mother, wife of our 44th President, Barack Obama, and former First Lady of the United States of America. As of this moment I have read 130 pages of the 426-page book, and it is fascinating. It got me to thinking about my own growing up years as I was reading her account of growing up on the South Side of Chicago.

Amazon.com states the following regarding her book:

In a life filled with meaning and accomplishment, Michelle Obama has emerged as one of the most iconic and compelling women of our era. As First Lady of the United States of America—the first African American to serve in that role—she helped create the most welcoming and inclusive White House in history, while also establishing herself as a powerful advocate for women and girls in the U.S. and around the world, dramatically changing the ways that families pursue healthier and more active lives, and standing with her husband as he led America through some of its most harrowing moments. Along the way, she showed us a few dance moves, crushed Carpool Karaoke, and raised two down-to-earth daughters under an unforgiving media glare.

In her memoir, a work of deep reflection and mesmerizing storytelling, Michelle Obama invites readers into her world, chronicling the experiences that have shaped her—from her childhood on the South Side of Chicago to her years as an executive balancing the demands of motherhood and work, to her time spent at the world’s most famous address. With unerring honesty and lively wit, she describes her triumphs and her disappointments, both public and private, telling her full story as she has lived it—in her own words and on her own terms. Warm, wise, and revelatory, “Becoming” is the deeply personal reckoning of a woman of soul and substance who has steadily defied expectations—and whose story inspires us to do the same. (Quote source here.)

On the back cover of the book is this quote from the preface:

There’s a lot I still don’t know about America, about life, about what the future might bring. But I do know myself. My father, Fraser, taught me to work hard, laugh often, and keep my word. My mother, Marian, showed me how to think for myself and to use my voice. Together, in our cramped apartment on the South Side of Chicago, they helped me see the value in our story, in my story, in the larger story of our country. Even when it’s not pretty or perfect. Even when it’s more real than you want it to be. Your story is what you have, what you will always have. It is something to own. (Quote source: “Becoming,” back cover and preface, pp. x-xi.)

I still have a lot left to read and I plan to complete reading it in the next couple of days. I started reading the book yesterday, so much of what I’ve read has stuck with me so far, including something she wrote on page 7 when she was a young girl living in an upstairs apartment with her brother, Craig, who was two years older then her, and her mom and dad. The house where the apartment was located was owned by her great-aunt Robbie and great-uncle Terry who lived on the first floor. She describes their part of the house (the first floor) as being “like a mausoleum with the furniture swathed in protective plastic” and “her shelves were loaded with porcelain figurines we were’t allowed to touch” (page 6). Her aunt also taught piano lessons in her home and she was very strict. She describes her uncle, Terry, as being “like a shadow, a distinguished-looking man who wore three-piece suits every day of the week and pretty much never said a word” (page 7).

Michelle goes on to describe the difference between the two parts of the house on page 7:

I came to think of the upstairs and downstairs as two different universes, ruled over by competing sensibilities. Upstairs, we were noisy and unapologetically so. Craig and I threw balls and chased each other around the apartment. We sprayed Pledge furniture polish on the wood floor of the hallway so we could slide farther and faster in our socks, often crashing into the walls. We held brother-sister boxing matches in the kitchen, using the two sets of gloves my dad had given us for Christmas, along with  personalized instructions on how to land a proper jab. At night, as a family, we played board games, told stories and jokes, and cranked Jackson 5 records on the stereo. When it got to be too much for Robbie down below, she’d emphatically flick the light switch in our shared stairwell, which also controlled the light bulb in our upstairs hallway, off and on, again and again–her polite-ish way of telling us to pipe down.

Robbie and Terry were older. They grew up in a different era, with different concerns. They’d seen things our parents hadn’t–things that Craig and I, in our raucous childishness, couldn’t begin to guess. This was some version of what my mother would say if we got too wound up about the grouchiness downstairs. Even if we didn’t know the context, we were instructed to remember that context existed. Everyone on earth, they’d tell us, was carrying around an unseen history, and that alone deserved some tolerance…. (Quote source: “Becoming,” page 7.)

That last sentence, “everyone on earth… was carrying around an unseen history, and that alone deserved some tolerance,” has really stuck with me this morning. It goes to what I stated above that my only New Year’s resolution for 2019 was to let the past stay in the past, especially the past decade.

“Becoming” is an action word–it implies a journey, maybe even a journey of the soul and spirit in each one of us.  We tend to get a bit myopic about life in thinking our side of the journey is the most important side (which is a very human tendency). However, as Michelle’s mom wisely spoke, everyone on earth is carrying around an unseen history that deserves some tolerance. 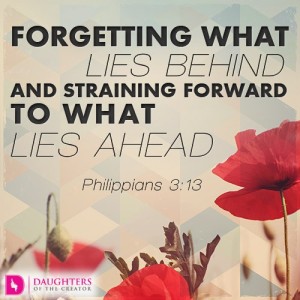 In putting the past behind me for this new year, as I read that sentence stated by Michelle’s mom I realized something I truly needed to consider. I don’t know why what happened at that last job that sent me headlong into this past decade happened, but each person involved in it was carrying around an unseen history that caused them to be who they were when our paths crossed under that same roof. Too often we never reflect on the other person’s side of the story (whether what they did was right or wrong or that we even knew all the facts involved). We speak of tolerance being a big deal in our society right now but the fact of the matter is that it is too often not a big deal, and our actions prove that to be true most of the time. We mostly only see things from our own perspective, and we don’t have a lot of tolerance for those who don’t.

Tolerance is defined as (1) “the ability or willingness to tolerate the existence of opinions or behavior that one dislikes or disagrees with” and (2) “the capacity to endure continued subjection to something such as a drug or environmental conditions without adverse reaction” (quote source here).

As I look back to ten years ago, I can honestly say I seriously have no idea why I ended up losing that job, or why it has left me unemployed for the past decade since losing it (see tolerance definition #1 above). I had a stellar 20-year work history in that profession when I started that job, and I gave that job my “all,” too, just like I did with every job I had in the past. However, I don’t know the “behind the scenes” story from the employer’s side as to why I lost that job as I was never privy to that side; and I can only assume things about why it happened from my own experience when I worked there (and I did find some physical evidence after I was fired, but that doesn’t automatically make the details of the story about what happened crystal clear to me).

Tolerance also has to do with that second definition above which states “the capacity to endure continued subjection to… environmental conditions without adverse reaction.” In my case the “environmental conditions” have been going on for a decade now starting with chronic long-term unemployment and all of the financial and other hardships it brings into a person’s life.

Paul wrote something on the subject of tolerance in Philippians 3:12-16:

Not that I have already obtained all this, or have already arrived at my goal, but I press on to take hold of that for which Christ Jesus took hold of me. Brothers and sisters, I do not consider myself yet to have taken hold of it. But one thing I do: Forgetting what is behind and straining toward what is ahead, I press on toward the goal to win the prize for which God has called me heavenward in Christ Jesus.

All of us, then, who are mature should take such a view of things. And if on some point you think differently, that too God will make clear to you. Only let us live up to what we have already attained.

The truth is that I may never know the facts behind what caused me to lose that job or why losing that particular job lead into these past ten years of chronic unemployment. However, like Paul, I have decided to “press on toward the goal” and move forward, and that is my plan for 2019…

Forgetting what is behind . . .

This site uses Akismet to reduce spam. Learn how your comment data is processed.

Turning the Other Cheek