“You don’t have to be somebody different to be important. You’re important in your own right.” —Michelle Obama, lawyer, university administrator, writer, and wife of the 44th President, Barack Obama. She was the first African-American First Lady of the United States. 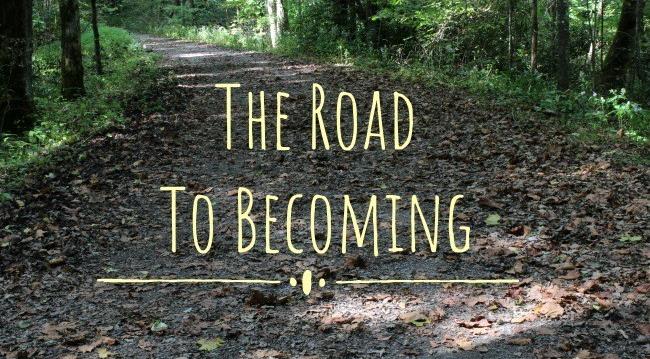 I’ve read a lot of books since the beginning of this year, but the very first book I read is one of my favorites. I wrote a blog post on it on January 6, 2019, titled, “Moving Forward in the New Year.”

The book I’m referring to is Michelle Obama‘s book, “Becoming.” It is a fascinating look at her life starting on the South Side of Chicago and leading to all the way to the White House and beyond. And no matter which side of the political fence you are on, the book is a memoir and not a political statement. It comes from the very heart of who Michelle Obama has become through her life experiences.

On her website for her book, BecomingMichelleObama.com, the following statement is written:

In her memoir, a work of deep reflection and mesmerizing storytelling, Michelle Obama invites readers into her world, chronicling the experiences that have shaped her—from her childhood on the South Side of Chicago to her years as an executive balancing the demands of motherhood and work, to her time spent at the world’s most famous address. With unerring honesty and lively wit, she describes her triumphs and her disappointments, both public and private, telling her full story as she has lived it—in her own words and on her own terms. Warm, wise, and revelatory, “Becoming” is the deeply personal reckoning of a woman of soul and substance who has steadily defied expectations—and whose story inspires us to do the same. (Quote source here.)

In the preface to her book written in March 2017, she writes:

When you’re First Lady, America shows itself to you in its extremes. I’ve been to fund-raisers in private homes that look more like art museums, houses where people own bathtubs made from gemstones. I’ve visited families who lost everything in Hurricane Katrina and were tearful and grateful just to have a working refrigerator and stove. I’ve encountered people I find to be shallow and hypocritical and others–teachers and military spouses and so many more–whose spirits are so deep and strong it’s astonishing. And I’ve met kids–lots of them, all over the world–who crack me up and fill me with hope and who blessedly manage to forget about my title once we start rooting around in the dirt of a garden.

Since stepping reluctantly into public life, I’ve been held up as the most powerful woman in the world and taken down as an “angry black woman.” I’ve wanted to ask my detractors which part of that phrase matters to them the most–is it “angry” or “black” or “woman”? I’ve smiled for photos with people who call my husband horrible names on national television, but still want a framed keepsake for their mantel. I’ve heard about the swampy parts of the internet that question everything about me, right down to whether I’m a woman or a man. A sitting U.S. congressman has made fun of my butt. I’ve been hurt. I’ve been furious. But mostly, I’ve tried to laugh this stuff off.

There’s a lot I still don’t know about America, about life, about what the future might bring. But I do know myself. My father, Fraser, taught me to work hard, laugh often, and keep my word. My mother, Marian, showed me how to think for myself and to use my voice. Together, in our cramped apartment on the South Side of Chicago, they helped me see the value in our story, in my story, in the larger story of our country. Even when it’s not pretty or perfect. Even when it’s more real than you want it to be. Your story is what you have, what you will always have. It is something to own. (Quote source: “Becoming,” Preface, pp. x-xi.) 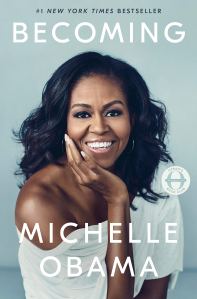 One of my favorite scenes in her book is when Barack proposed to her (pp. 155-157 in the hardcover edition). It’s time to warn you of a “spoiler alert” if you’d rather read the account in the book. Here goes….

At a favorite restaurant where they were having dinner one night, at the end of the dinner Barack raised the subject of marriage and said that as much as he loved her, he still didn’t see the point. They had discussed the subject of marriage plenty of times up to that point and nothing much ever changed. She was a traditionalist and Barack was not, and neither of them would sway. But as she writes on page 156:

But still, this didn’t stop us–two lawyers, after all–from taking up the topic with hot gusto.

After a long discussion of quarreling and doing it “attorney-style”; punching and counter-punching, dissecting and cross-examining (and she states she was clearly more inflamed and doing most of the talking), their waiter came around holding the dessert plate, covered by a silver lid. Michelle writes:

He [the waiter] slid it in front of me and lifted the cover. I was almost too miffed to even look down, but when I did, I saw a dark velvet box where the chocolate cake was supposed to be. Inside it was a diamond ring.

Barack looked at me playfully. He’d baited me. It has all been a ruse. It took me a minute to dismantle my anger and slide into joyful shock. He’d riled me up because this was the very last time he would invoke his inane marriage argument, ever again, as long as we both should live. The case was closed. He dropped to one knee then and with an emotional hitch in his voice asked sincerely if I’d please do him the honor of marrying him. Later, I’d learn that he’d already gone to both my mother and my brother to ask for their approval ahead of time. When I said yes, it seemed that every person in the whole restaurant started to clap.

For a full minute or two, I stared dumbfounded at the ring on my finger. I looked at Barack to confirm that this was all real. He was smiling. He’d completely surprised me. In a way, we’d both won. “Well,” he said lightly, “that should shut you up.” (Quote source: “Becoming,” pp. 156-157.)

I just love that story! It makes the romantic in me melt. The book is warm and engaging, even though I am personally at the more conservative end (I’m an Independent–neither Democrat nor Republican) of the political spectrum from the Obamas. But the book is not about politics. It’s about, as the title implies, “becoming” over a lifetime of experiences. Her book is a memoir, and not a drumbeat to a particular political point of view.

At the end of the short section I quoted above from the Preface is this sentence: “Your story is what you have, what you will always have. It is something to own.” While it goes without saying that most of us won’t ever come close to Michelle Obama’s experiences in this life, we still have our own story. “Becoming” for all of us is a lifetime journey filled with many twists and turns, ups and downs, high points and low points. And it is a reminder for us to never stop or give up at the rough places or low points. We should “keep on truckin'” until our last breath, and not allow the hard places or negative people we run into in life to discourage us from going on.

At the beginning of the “Parable of the Persistent Widow” found in Luke 18:1-8, Jesus told his disciples a story to show that they should always pray and never give up. Here is that parable:

One day Jesus told his disciples a story to show that they should always pray and never give up. “There was a judge in a certain city,” he said, “who neither feared God nor cared about people. A widow of that city came to him repeatedly, saying, ‘Give me justice in this dispute with my enemy.’ The judge ignored her for a while, but finally he said to himself, ‘I don’t fear God or care about people, but this woman is driving me crazy. I’m going to see that she gets justice, because she is wearing me out with her constant requests!’”

Then the Lord said, “Learn a lesson from this unjust judge. Even he rendered a just decision in the end. So don’t you think God will surely give justice to his chosen people who cry out to him day and night? Will he keep putting them off? I tell you, he will grant justice to them quickly! But when the Son of Man returns, how many will he find on the earth who have faith?”

Let that parable be an encouragement to you, and no matter what kind of situation you find yourself in, remember to…

This site uses Akismet to reduce spam. Learn how your comment data is processed.

Let There Be Peace